A bus ride changed his life. For Arnoldo Treviño, his road to redemption began during that 88-mile journey from Folsom State Prison to Deuel Vocational Institution in Tracy.

At the age of 21, Treviño was sentenced to life in prison for a crime he committed while under the influence. With great strength and belief – and a desire to make positive contributions to society – Treviño turned his life around and was ultimately released from prison after serving 25 years of his sentence.

Later this week, a brand new chapter will open for Treviño, 53, as he earns his Master of Social Work degree from Fresno State – just two years after receiving his bachelor’s degree in Social Work, also from Fresno State. He will graduate with a 4.0 GPA, as well as the distinction of being named the 2019 Graduate Dean’s Medalist for the College of Health and Human Services.

Treviño grew up in Porterville, a small town an hour south of Fresno. His teen years was just like any others; he was in the school band and played on the football team. When he was 16, his life took another direction – the result of new friends and bad behavior. His addiction to drugs and alcohol became his new norm and for the next five years, he walked down the wrong path. He lacked hope and guidance.

It wasn’t until that life-changing bus ride that Treviño realized hope was within reach.

“That bus ride was my epiphany,” Treviño said. “Before then, I forgot about society and survival. But on that bus ride, I saw kids on skateboards, dogs running across the street and families together. I forgot that world existed.”

For the next 10 years, Treviño took control of his future, and while in prison, completed drug and substance abuse classes and was active in therapy and vocational courses. In 1992, he earned his high school diploma and later in 1994, obtained his associate’s degree in Liberal Arts. 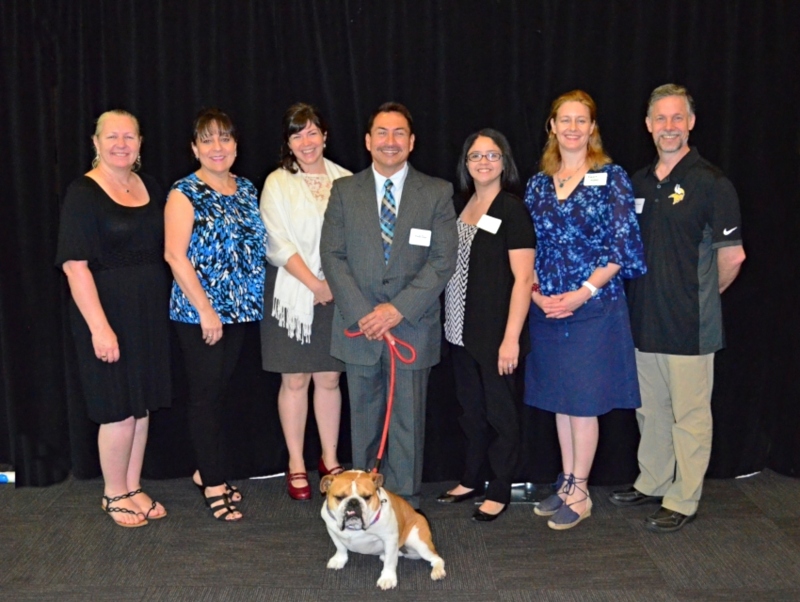 He credits education for opening his world to possibilities he never knew existed.

“When I first came into prison, all I saw was razor wires and concrete walls,” Treviño said. “When I got educated, all those walls came down and I was able to see beyond them. I started questioning things and became curious about my surroundings.”

On April 11, 2011 – after 25 years in various prisons – Treviño received the gift of second chances. That day, the governor of California granted him parole and he was released from prison. Not long after, Trevino enrolled in college full-time at Porterville Community College, where he earned his associate’s degree in Social Science – and a 4.0 GPA.

The next road on his academic journey brought him to Fresno State in the spring of 2015, where he enrolled in the Department of Social Work Education program.

“I really wanted to be a social worker and work with people who’ve been down the same path I’ve been,” Treviño said. With a pause, he continued, “I know I could be – I hope I can be – impactful.”

An opportunity to be part of new program at Fresno State ended up becoming his lifeline. Project Rebound, a program that helps students who have been formerly incarcerated navigate the higher education pathway, had just gotten started in the fall of 2016 and Treviño was one of the very first to see the program develop from the ground up. A program that only had four students then, now has over 25. 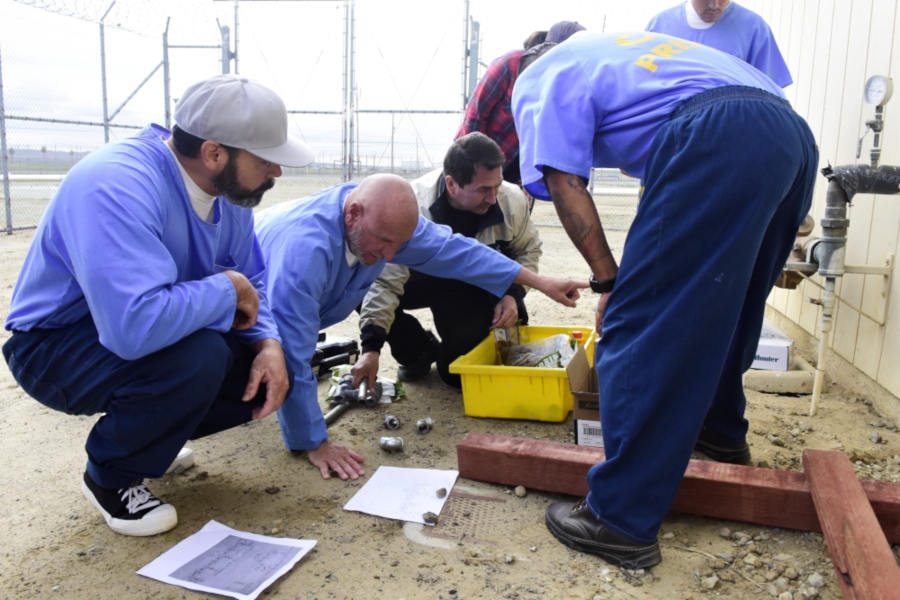 He began interning at the program as an undergraduate student and would later stay with the program throughout his graduate years serving as a student assistant. In his role, he mentors and guides students who have dreams of achieving higher education.

“Project Rebound has kept me afloat,” Treviño said. “Without them, I wouldn’t be here today. I was like a fish out of water, but Project Rebound came and grabbed me by the tail and tossed me back into the pool and I’ve been swimming ever since.”

For program founder, Dr. Emma Hughes, having Treviño in the program was immensely beneficial.

“Arnold brings something to the table that I cannot – firsthand experience of the lived reality of incarceration and of reintegration post-release,” Hughes said.

Throughout his graduate career, Treviño interned at numerous sites where his focus was on helping youth and adults dealing with substance abuse, or those in the criminal justice system. His goal was to help them realize there is more to their story. There is hope. There is resilience and most of all – there is an opportunity to rewrite their own history. These are all facets that Treviño has learned along the way and as he states, “my experiences and education have set me up beautifully to help others who have given up”.

There is rarely a day off for Treviño, who also spends his weekends 60 miles away at Avenal State Prison. Since July 2017, he has co-facilitated the Insight Garden Program, a rehabilitative horticultural program for incarcerated individuals. That is the same prison where Treviño called home for seven years. To be able to give back to the prison system and its inmate population has been a life-altering and humbling experience for Treviño, who says he just wants to show others the true power of education.

“I’m not much of a talker,” Treviño said. “I believe more in the adage that actions speak louder than words. I return to prison each week to give back hope to others, and to tell them that I’ve been in their shoes and that now they can be in my shoes. It’s possible. There’s nothing to prevent them from being where I’m at.”

Treviño’s passion for higher education among formerly incarcerated students sparked his thesis project, titled, “What barriers did community colleges face in designing and implementing the A1 oral communication courses to be offered in the prisons they serve?” For his project, he researched the struggles universities face when trying to offer incarcerated students required community college courses needed for CSU enrollment. The work is still ongoing, but it opened a conversation and shed light on the importance of helping parolees transition into society after incarceration – especially as it pertains to their education.

“The Department of Social Work Education’s mission is to prepare our students for service and leadership in the Central Valley,” said Dr. Randall Nedegaard, Treviño’s faculty mentor. “It is clear that [Arnold] has dedicated his life to making a difference in this area and has the requisite skills, abilities, drive, dedication, and network to continue to achieve great things in the future.” 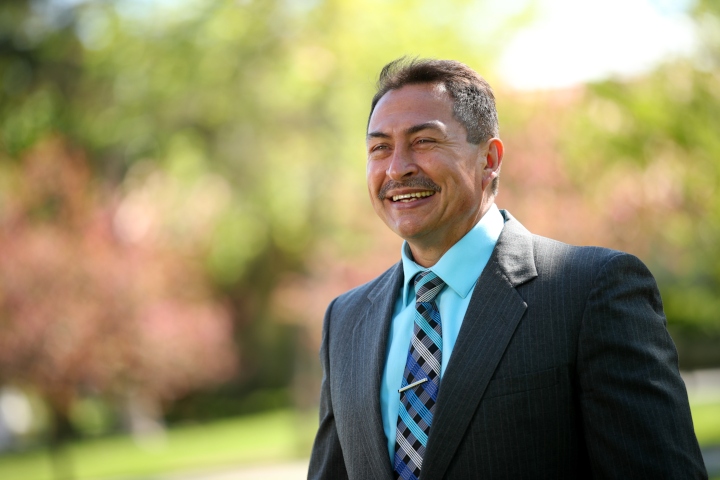 The future is certainly bright for Treviño, who hopes to pursue a career helping those who have been impacted by the criminal justice system and assisting families of incarcerated and formerly incarcerated individuals in reunification.

Treviño remains indebted to Fresno State – a place he says embraced him with open arms.

“Fresno State gave me the opportunity to find what’s truly possible through education,” Trevino said. “I have a unique background, but they opened the door for me and let me know that if I wanted change, they’ll help me do that. Fresno State was willing to do that.”