From walking down the wedding aisle to walking down the halls of Fresno State, Don Rogers and Sharon Yochum have done it all together – and this Saturday, May 18, they will add one more memory to their journey. The close-knit father and daughter duo will graduate at the same time and earn the the same graduate degree – a Master of Social Work degree.

“We started together and now we’re finishing together,” Rogers said. “We’re both really excited about graduating at the same time and moving forward in our careers.” 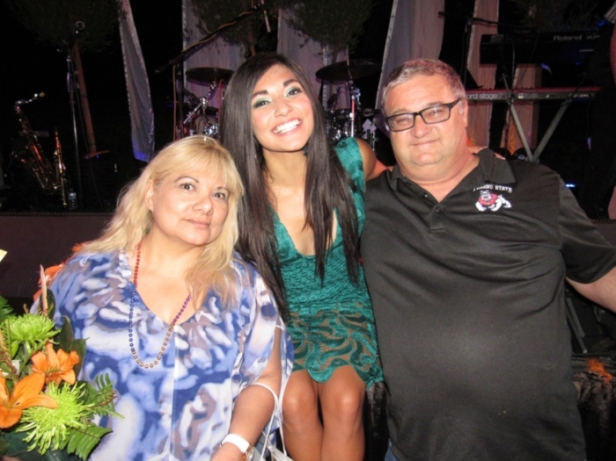 Fresno State is a family affair for them and a second home. For the past two years in the program, Rogers and Yochum have shared many classes (and coffee dates) together and collaborated on numerous projects while enrolled in the Department of Social Work’s Title IV-E Child Welfare Program.

Yochum, 27, said the caring example her parents set for her laid the foundation for her own future career goals.

“They set an example not just for me, but for my sisters and for my stepchildren,” Yochum said. “Because of them, we’ve always been a family of servitude. I’m just so proud of my parents. They’re my heroes.”

Rogers, 55, served in the U.S. Navy for 21 years, before receiving his bachelor’s degree in Social Work in 2011. He decided to come back to college full-time and put his career with the Kings County Child Welfare Services on hold to set out on a new adventure, hoping to learn more about the theoretical framework of child welfare along the way. What he didn’t expect at the time was that his daughter would soon become his classmate.

“The first year of the program, we had almost every class together and that was really fun,” Rogers said. “Our days could be tough, but I always looked forward to seeing her come to class. It just always made my day better.”

For a while, the fun-loving duo tried to keep their relationship a secret from classmates, but their similar good-natured spirit and close bond simply became too hard to hide.

“Since he was in a lot of my classes, I would naturally just call him ‘dad’,” Yochum laughs. “It’s so awkward to call your dad by his first name, so that didn’t last long.”

For Yochum, the opportunity to study social work alongside her father was not only fun, but a fantastic learning experience. Having come from the music realm, social work was a new venture for her, but she says having her father by her side during their higher academic journey has been invaluable.

With her new advanced degree in Social Work, Yochum hopes to use her musical background to implement a new music program, to be used specifically in the field of child welfare.

“Music has been around throughout humanity,” Yochum said. “It can be used as a medium to help adolescents and children process feelings that are subdued and can be difficult to verbalize. It creates a safety net for individuals in group treatment because what matters is how you relate to music – and what music means to you.”

For the pair, who spent much of Yochum’s childhood building projects in their backyard, the chance to spend additional time together couldn’t have come at a better time. In 2016, a few weeks after getting married, Yochum learned that she had gotten accepted into the Master of Social Work program with her dad. 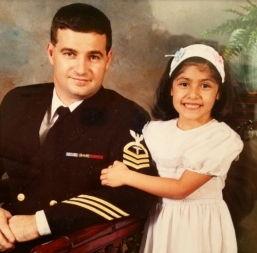 “When you become married, you kind of grow apart from your parents,” Yochum said, as she fought back tears.“Things change, so having classes together with my dad was a great opportunity to reconnect with him.”

Upon graduating, Yochum will move up north with her husband and stepchildren, and practice social work. It will be a bittersweet change for the pair, who’ve lived together briefly for the past year.

As his eyes twinkled with pride, Rogers replied, “It was our last ‘oorah’ if you will.” 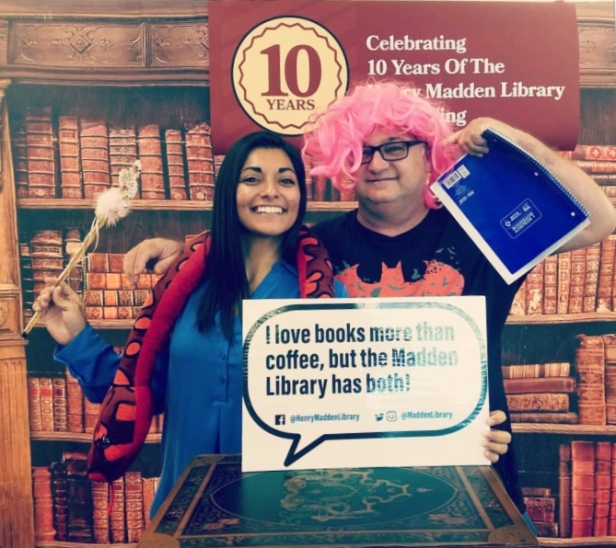