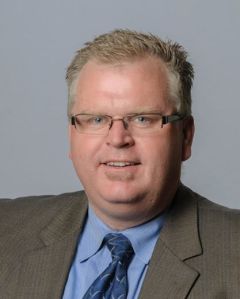 The National Athletic Trainers’ Association (NATA) will welcome Dr. Scott Sailor as its new president during the association’s 66th Annual Convention at the America’s Center in St. Louis, June 22-27. NATA is comprised of 39,000 members nationwide, all of whom are members of the athletic training profession.

Sailor is chair of the Department of Kinesiology and program director of the Athletic Training Education Program at Fresno State, where he has worked since 1991. He has been on the NATA board of directors for the past six years and has 25 years of sports medicine experience. Sailor succeeds outgoing NATA president Jim Thornton of Clarion University.

“It is a tremendous honor to lead the National Athletic Trainers’ Association and to help navigate the organization through the next three years as the health care landscape continues to evolve,” Sailor said. “I’m ready to take on new challenges and to work closely with our members and those they serve. We have so many new initiatives to champion on the advocacy, education and research levels, and I know we will continue to attain great success.”

“Scott’s lifelong dedication to athletic training and his overall knowledge of the association and the legislators, educators, school administrators, researchers, media and others we work with make him a perfect fit for the job,” said Dave Saddler, director of NATA. “We have every confidence that Scott will take us to new levels of opportunity.”