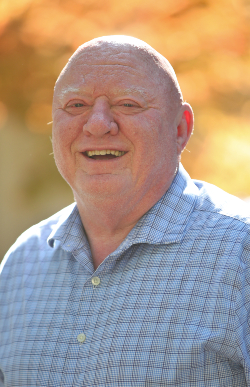 Nominated by: Department of Public Health

A psychology class in high school would serve as the catalyst to Ron Kinnersley’s long career in the human services field.

He went on to study psychology in college and later obtained his bachelor’s degree in the field.  After graduating, Kinnersley began working full-time at numerous psychiatric facilities in the state. For eight years, he served at these facilities, while earning duo master’s degrees in Healthcare Administration and Social Work.

In the later part of the 70s, Kinnersley noticed a trend. Psychiatric-based facilities were becoming obsolete. With that in mind, he switched gears and began managing nursing homes instead and later, assisted living facilities.

Kinnersley has been rooted in the Central Valley now for almost three decades. In 1996, he opened Clovis-based Orchard Park Assisted Living. It was the first in a long line of successful facilities he has since opened and managed. This also includes managing and overseeing countless patients and 250 employees at the Beverly Manor in downtown Fresno.

Today, he owns and operates Manning Gardens Care Center, a 59-bed nursing home facility in Fresno. Among his employees are Fresno State graduates and former interns. Always one to give back to his community, Kinnersley says that by investing in Fresno State students, it fosters a personal and professional experience that is positive for both residents and students.

In addition to providing internships, Kinnersley has served as a preceptor and provided valuable guidance to Fresno State students majoring in Public Health, Social Work, and Business Administration, among others.

“Mr. Kinnersley has supervised many of our interns over the years and has made a lasting impact on their educational experience. His diversity in experience has served to enrich and broaden our students’ perspectives on public health.” – Dr. Kara Zografos, Department of Public Health

The 2019 Health and Human Services Hero Awards, which celebrates heroes from each of the seven departments, as well as centers and institutes within our college, will be held on November 15, 2019 at Fresno State. For more information on the event, contact Beth Wilkinson at 559.278.3603 or bwilkinson@csufresno.edu.