Congratulations to our six newly promoted and/or tenured faculty! They were recently recognized at the Provost’s Faculty Recognition Reception, under the direction of Provost and Vice President for Academic Affairs, Dr. Saul Jimenez-Sandoval.

Dr. Irán Barrera has been promoted to professor in the Department of Social Work Education, where he also serves as the graduate program coordinator. He began teaching at Fresno State in 2013 and has made a mark for himself in the academic sector as a fellow with the Robert Wood Johnson Foundation’s Interdisciplinary Research Leaders national program. Chosen among researchers and educators from across the country, the program works to advance a culture of health across communities.

Through the CSWE, Barrera was able to achieve two doctoral degrees from two different universities in two different countries and border states (The University of Texas at Arlington and the Universidad Autónoma de Nuevo León-México).  The experience provided Barrera invaluable awareness related to mental health care disparities among Latinos, which resonates with his research today.

Dr. Gyanesh Lama is now an associate professor in the Department of Social Work Education, where he has served on its faculty since 2013. Known as a social doctor for his work on world poverty, he teaches evidence-based practice and mindfulness social welfare policies.

A leading scholar on global indigenous issues, Lama has been published in several journals on poverty and health, and counts equanimity and universality among his broad research interests. He is actively engaged in community works, both locally and internationally, and has advised members of parliament and heads of non-governmental organizations in his home country of Nepal.

Prior to receiving his education, Lama worked as a farmer in an impoverished region of the Himalayas, where he as also worked as a child laborer. His upbringing fuels his research today. Most recently, Lama was elected to regional director of the National Association of Social Workers, the Central Valley California chapter.

Dr. Kathleen Rindahl has been promoted to associate professor in the School of Nursing, where she also serves as director of the independent Doctor of Nursing Practice program. She joined the faculty of Fresno State in 2013 and since then, has made a viable mark in the community through the Community Health Mobile Unit – which she brought to Fresno State and continues to coordinate. Through the mobile unit, nursing students gain clinical experience, while community members gain access to free healthcare services. Over 4,500 community members have received services since its launch in 2015.

With over 30 years of nursing experience as a family nurse practitioner, Rindahl brings her expertise to campus, serving on various committees and task forces, including the University’s Academic Policy and Planning Committee. She also serves as co-advisor for the Diabetes Coalition and the California Nursing Students’ Association on campus.

Outside of campus, Rindahl is active in several professional nursing organizations, previously as the president of the local Chapter of the Nursing Honor Society, Sigma Theta Tau, and as a member of the Nursing Leadership Coalition of the Central San Joaquin Valley’s legislative committee.

Dr. Kammi Sayaseng has been promoted to associate professor in the School of Nursing, where she also oversees the graduate program as its coordinator. With 19 years of experience as a pediatric nurse practitioner, Kammi brings her knowledge to classroom, teaching in the area of pediatric nursing for the undergraduate and graduate programs. She is active on many campus committees, including leading the Graduate Curriculum Committee as chair.

Sayaseng does double duty, and in addition to teaching full-time, also works part-time as a practicing pediatric nurse practitioner and an International Board Certified Lactation Consultant. Before transitioning to full-time teaching at Fresno State, Sayaseng was a a clinical instructor to the UCSF Fresno Pediatric Residency Program.

Active in the community, Sayaseng has been a regular volunteer with the local Buddhist Tzu Chi International Medical Association since 2010, providing health screenings and care to underserved populations of the Central Valley.  She holds many professional memberships pertaining to her specialties, imost recently as chair of the Central Valley Joaquin Nursing Hall of Fame.

Dr. Bhupinder Singh has been promoted to associate professor in the Department of Physical Therapy, this after being awarded early tenure in fall 2017. Just a year earlier, Singh was recognized with the Provost’s Award for Promising New Faculty, as well as Outstanding Advisor Award, which he received for his strong “student first” approach.

An active member of campus, Singh led the President’s DisoverE initiative and is a member of the Fresno State Health Cohort, a collaborative of faculty members across campus to improve health outcomes of Central Valley residents. He has also served on the Academic Senate and CHHS Research Sub-Committee, among others.

Most recently, Singh was awarded the best researcher award in California at the California State Physical Therapy conference. 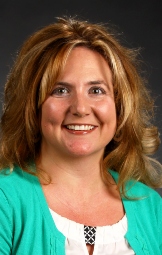 Dr. Kara Zografos is now professor in the Department of Public Health, where she also serves as chair of the department. Zografos joined the faculty at Fresno State in 2007 and has taught for the past 12 years in the area of statistics, epidemiology and health education and promotion, both at the graduate and undergraduate level. She was also the director of the Master of Public Health program and continues to serve on theses and projects currently.

On campus, Kara has been active on a number of committees at the department, college and university level – and most recently, the University Committee for the Protection of Human Subjects and the College Curriculum Committee. Her research interests include neighborhood characterization, social determinants of health, and religion and health.

Outside of campus, Zografos is a statistical consultant for the Pediatric Resident Program at Valley Children’s Healthcare and is an active member of the Saint George Greek Orthodox Church.