For Teresa Knapp, her connections to Fresno State are not by coincidence, but by a divine plan.

“The opportunities just aligned. It was just in God’s plan for me to say ‘this is what you’re going to do. You’re just going to keep moving along’,” Knapp said, as she reflected on her bulldog journey. “Every position that I moved to was a promotion and an opportunity for me to grow. It’s been a good ride. I’ve enjoyed it. I’ve appreciated it – and it’s just been a lot of fun.”

Knapp got her start at the University 1984, in what was supposed to be a temporary assignment in the mailroom of the Joyal Administration building. That one-year assignment would eventually become 37 memorable years. On Sept. 24, she will officially retire from her role as dean’s assistant in the College of Health and Human Services and from the University. It is a move that is bittersweet, but timely.

“I think it’s just perfect timing for me,” Knapp said. “I’ve been here 37 years, and I think it’s time to bring someone new in and start fresh. It’s time.”

When Knapp’s one-year assignment ended, she moved over to the Admissions and Recruitment Department, specifically in the area of Domestic Admissions. Back in the mid-80s, the procedures were much different. 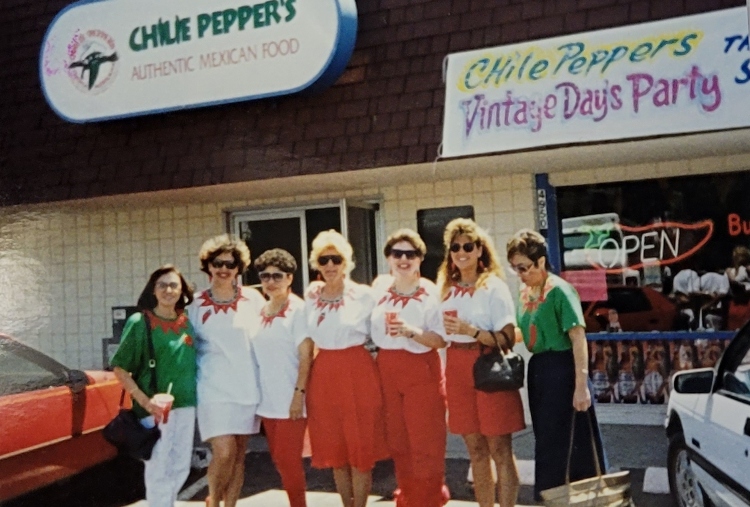 “I coded and keyed in all the applications for the fall semesters all by hand,” Knapp said with her usual infectious laugh. “Oh yeah, back in the day we did it all by hand!”

After two years in that role, Knapp transitioned into the residency clerk role in Domestic Admissions, where she stayed for a total of 11 years. She would then spend another 11 years in International Admissions – a role that involved traveling the world, helping to recruit international students to Fresno State.

Some of the Southeast Asian and Latin American countries she visited included China, Thailand, Indonesia, Singapore, Costa Rica, Ecuador, Argentina, Chile, and Trinidad and Tobago, among others.

“That was a lot of travel, but it was fun,” Knapp said. ”The ability to be able to travel internationally and meet students and experience the various cultures was a once in a lifetime opportunity for me; one that I will cherish always.”

A promotion, an opportunity and a passion for change led Knapp to her next destination within Fresno State – from Student Affairs to Academic Affairs. In 2006, she joined the Jordan College of Agricultural Sciences and Technology (JCAST) as the assistant to the associate dean at the time – a role she held for 10 years. 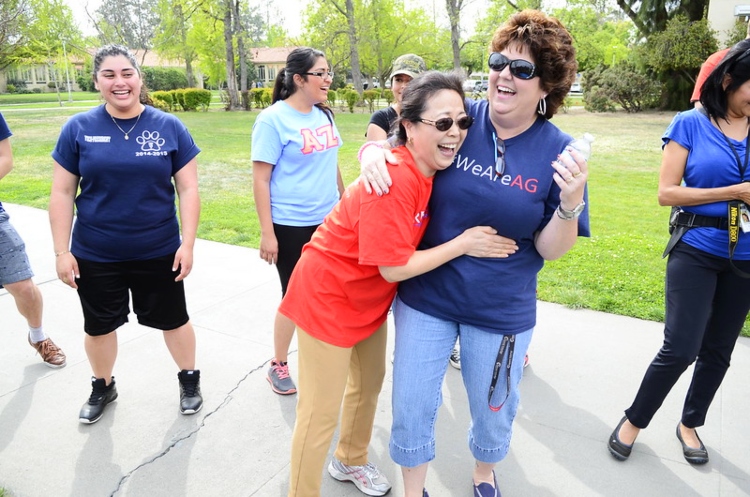 “Teresa has been an amazing mentor to me and so many others,” said Geoff Thurner, communication specialist in JCAST and former colleague of Knapp. “Her passion for helping students is unmatched, and her deep ties across campus reflect her impact on other faculty and staff. Her ability to smoothly juggle so many commitments – between work, family, and faith – is a testament to her dedication to helping others. We are going to miss her so much on campus!”

“Teresa is such a dedicated member of the Bulldog community and I feel so fortunate to have had the opportunity to work with and learn from her as I started my career at Fresno State,” said Dr. Denise Seabert, dean of the College of Health and Human Services. “Teresa’s institutional knowledge, passion for helping others, and care for student success will be both cherished and missed. We all wish her continued good health and lots of adventures as she transitions to life away from 8-5 in McLane Hall.”

Throughout her time at Fresno State, Knapp made sure to focus on her own educational endeavors, as well.

She earned her bachelor’s degree is sociology in 2002 at the age of 40 and later, her master’s degree counseling in 2013 at age 50 – both from Fresno State. Her son, Robert, also earned his bachelor’s degree in sociology, all which was made possible through the employee fee waiver program for employees – a benefit Knapp said she is grateful for. She credits her former colleagues as the reason she is now a two-time alumna.

“There’s so many people that have influenced my life, including Bill Lynam, who I worked with in Admissions,” Knapp said. “He said ‘you have so much potential, you need to get back in school’, so he’s the one that encouraged me to get back into school. And then Barbara Benedict, who used to work in University Advising, she laid out my 10-year educational plan. Looking back, I’m just so proud to have two degrees from Fresno State.”

Among Knapp’s most memorable moments in the past 37 years is her mother attending both of her graduation ceremonies, with Knapp’s hooding ceremony happening just two months before her mother passed away.

Even though Knapp’s Bulldog journey has brought her all over campus, she said the one commonality in each area she has worked in is the student-first atmosphere. For Knapp, her connection to the students has always been important, from admissions to recruitment to developing student leadership cohorts and serving as an advisor to the Sigma Alpha Sorority for five years to coordinating commencement and convocation ceremonies at the college level.

“I still cry at graduation when they play the pomp and circumstance,” Knapp said. “Oh my gosh, I probably cry every time. It’s just so emotional because they’re just so excited to fulfill their dream of getting a degree. Wow, it’s such a good feeling.”

Knapp was instrumental in the planning and coordination of the CHHS’ first-ever convocation ceremony in spring 2019, which she says is among her most cherished accomplishments during her time in the College of Health and Human Services. 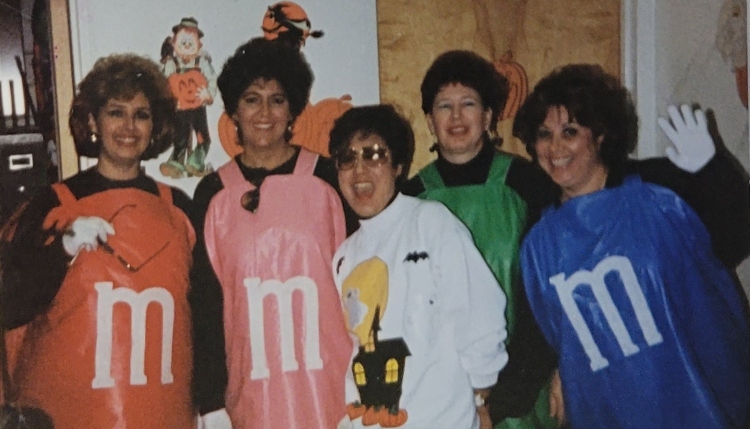 While at the University, Knapp has served on various committees, including the Staff Assembly Executive Committee in the late 80s, the National Coalition Building Institute (NCBI), the Administrative Academy and has served on countless search committees, as both a lead and equal employment opportunity designee.

Knapp has seen Fresno State before it was the budding campus it is today, through countless infrastructure changes to new buildings and leadership. Spaces that were once empty land have sprouted new life as vibrant buildings, bustling with students, staff and faculty. As campus continues to grow, Knapp won’t be too far away. In fact, she’ll be just across the street, where she has lived for the past 17 years.

After retirement, Knapp plans to spend time with her family, including her beloved grandchild and seven fur kids, and will continue her quest to visit all 50 states in the U.S.

Please join the College of Health and Human Services at 9 a.m., Wednesday, September 15 at the Ag East Lawn (between the Ag Sciences and SSU), as we thank Teresa Knapp for her 37 remarkable years of service to the University. Messages to Knapp, whose last day is Sept. 24, can be sent to teresak@csufresno.edu or in the comments section.

One thought on “Teresa Knapp retires after 37 years of service”