“Once a Bulldog, always a Bulldog.”

As Dr. Dana Lucka prepares for her next professional journey, that motto is one that she will always stand behind – both as a proud alumna and servant of the University.

After 20 years as a development director, Lucka will begin her new career with Saint Agnes Medical Center, as the Coordinator of their new Graduate Medical Education Residency Program.  Her long career at Fresno State is one that spans multiple colleges.

Lucka counts her time at Fresno State as full of memorable, and often times, adventurous moments including having coffee in the West Wing of the White House to helping build a local home for ABC’s long running show, “Extreme Makeover: Home Edition” to landing an MD80 Simulator at LAX. 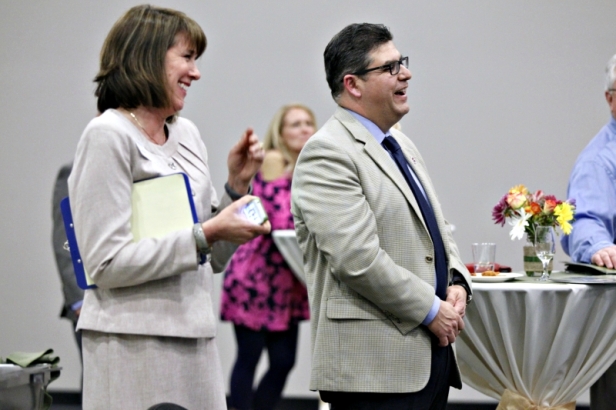 However, she says the opportunity to work alongside colleagues, faculty, alumni and donors, has accounted for her best times on campus.

“To me, my proudest moments are those that involve people and not dollars,” said Lucka. “The relationships with faculty, alumni and Fresno State friends have given my life great meaning over the past 20 years. This, by far, has been the most fun (at work) anyone could have!”

Lucka got her professional start at the University in May 1997 as the first development director of the Lyles College of Engineering, known at the time as the School of Engineering and Computer Science. During that time, she played an integral role in a $10 million dollar gift to rename the college to its namesake today. In 2004, she also had a brief stint as the development director for the College of Science and Mathematics.

In 2009, Lucka transitioned across campus to join the College of Health and Human Services, where she currently serves as senior director of development. Among her many achievements, Lucka was named the 2013 Outstanding Fundraising Professional by the Association of Fundraising Professionals, became a Certified Fund Raising Professional (CFRE) in 2015 and has raised nearly $30 million in cash and pledges  to the support scholarship and  programs at Fresno State.

She’s established and developed longstanding events in the college that recognize faculty, emeriti, alumni and community members including the Celebration of Engagement Faculty Research Showcase, Health and Human Services Hero Awards, the Emeriti Brunch and the Breakfast of Champions for CHHS Top Dogs.

In addition, Lucka launched the Presidential Collaborative, Social Work Cups of Kindness and Nursing’s  Sim Lab family. A project close to her heart has been The Silent Garden program, which provides educational programs, workshops and scholarships to the Deaf and hard of hearing community in the region. To date, she has helped raise more than $5.5 million for the program.

“Working in partnership with faculty, developing ideas and getting these dreams funded has been extremely rewarding,” said Lucka. “Working with impassioned individuals on projects and programs and then watching the spark of ideas take flight is what I genuinely treasure.”

Outside of development work, Lucka also teaches part-time at Fresno Pacific University in the area of organizational behavior, leadership and change. In addition, she is actively involved with the Fresno State Alumni Association, Phi Kappa Phi Honor Society, the American Educational Research Association and Mental Health Systems, where she serves on the Board of Directors.

Lucka’s relationship with Fresno State began in 1977 when she enrolled as a freshman at Fresno State. The daughter of two CSU alumni, she was born in Chico while her father attended Chico State, and was later raised in the Central Valley. She went on to obtain her bachelor’s degree in Public Relations from Fresno State in 1981. A year after coming aboard the Lyles College, she began the master’s program in Higher Education, Administration and Leadership, later receiving her M.A. in 2000. In 2015, Lucka earned her Doctor of Education in Educational Leadership, capping off a successful academic journey at the University.

While Lucka is sad to say goodbye to Fresno State, she looks forward to her new role at Saint Agnes Medical Center, which allows her to stay in the area she has grown to love – health and human services.

“I am jazzed about the opportunity to impact the Valley in an even greater way by helping to attract and retain more physicians in our area, and to use my education to create an innovative and forward-thinking academic program from the ground up.”

The campus community is invited to Lucka’s farewell reception on Thursday, April 27 from 9 a.m. to 10:30 a.m. at the Physical Therapy and Intercollegiate Athletics building, hosted by the Division of University Advancement. Messages to Lucka, whose last day is April 28, can be sent to: danaz@csufresno.edu.

We congratulate Dr. Lucka on her new journey and thank her for her longstanding commitment to the college and University. 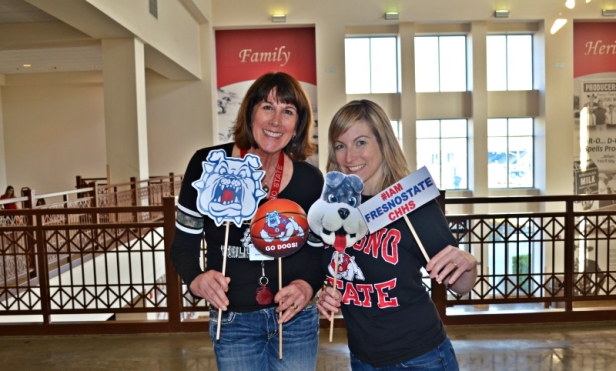