Last summer, a Zika Virus outbreak affected many communities in varying parts of the world. The virus had a drastic impact on the Dominican Republic, which has some of the highest rates of Zika Virus in the world. Making matters worse, the country is one in which many people do not have access to quality health care.

Last semester, Dr. Miguel Perez, professor in the Department of Public Health, and 16 Fresno State students embarked on a service-learning experience that sought to alleviate the issue as much as possible.

Zika Virus is usually spread from mosquito bites and can be passed from a pregnant woman to her fetus, causing severe birth defects.

Some of those important strategies included Zika Virus education and prevention tools, which served as the purpose of the two-week trip. It was a beneficial learning experience for the Fresno State students, which consisted of 15 undergraduates and one graduate student.

“The purpose is to watch them take the prevention message from the classroom and into the communities where it is most needed,” Perez said. “As a result of it, we are focusing on Zika prevention this year and our activities included educating people about the importance of avoiding standing water.”

Despite the virus being affluent in the region, the Fresno State students from a range of majors such as public health, psychology, recreation administration and social work, among others, were still very excited to leave a positive impact on the community through their service.

Frida Cardoza, senior Recreation Administration major and humanics scholar, said she participated in the course to learn more about the service-learning component, and also to get out of her comfort zone. She found her experience in the country life-altering and enriching.

“It was so nice meeting the wonderful people there, who were just so excited to see us,” Cardoza said. “The kids just wanted to play and even shared some fruit with me. I couldn’t believe someone with so little was willing to give me, and almost all my classmates, some of his fruit.”

In order to accomplish their task, Perez and his students went house to house in areas known as bateys, which are small villages in the slums. Here, the poorest Haitian residents reside. Their mission was to look specifically for where standing water existed and applying larvicides to non-drinkable water. The larvacides were donated by the local health department.

“Applying these larvicides allow it to kill the unborn mosquitos before they hatch,” Perez said. “By doing that, you reduce the rate of transmission. In addition, we got some money graciously donated by the Friends for Civic Engagement at Fresno State, which we were able to use to buy mosquito nets. The residents who participated in our education workshops were given a mosquito net per family and those were extremely well received.”

The group was also able to get educational posters from the local county health departments in the Dominican Republic and use them as a teaching tool, by placing them in well-populated areas of the community.

“Education is information that can be used to shape a person’s life choices, or used as a way to make smarter decisions to prevent serious health conditions,” Cardoza said. “A person can have all the resources to prevent a disease but without the education on what to do with these resources the first step cannot be taken. I think there are many locals who can use some health education here every day, however there are third world countries that do not have the support we have in our health care system.”

In total, the group was able to distribute mosquito nets and bleach to 160 families, and also apply insect repellent to many of the children. Perez said there was not enough supplies to service the entire population, but they made the most of what they had.

“For some of them, we were told that is was the first time that public health has been in that area,” Perez said. “For them, and for us, it was actually a unique opportunity to put our knowledge into action.”

“One of them is thinking about building a water filtration system in her backyard that will be low-cost,” Perez said. “That way, we can share her idea and plan once we go back. I think that it was a transformative experience for the students who went there.”

For Cardoza, she is convince now more than ever that her goal of working for a community benefit organization is the right choice. 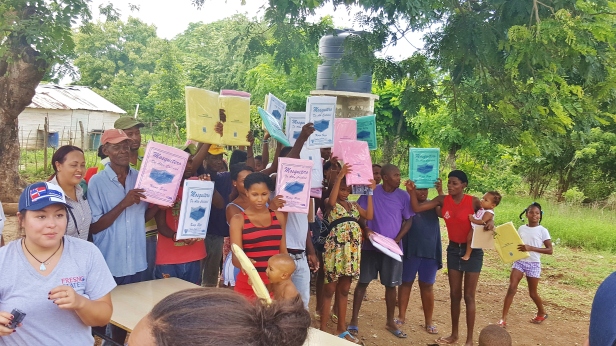 “Before this trip my career goals was aimed at creating programs to raise funds for more research or treatment. After the trip I am certain that I would enjoy pursing that goal but also focus both on disaster relief and health causes. As far as academic goals, I would like to pursue higher education possibly a Masters in Health Administration.” 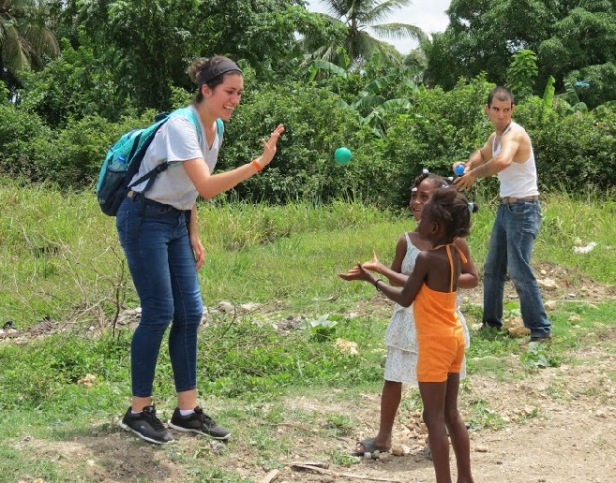 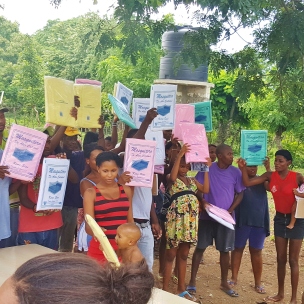 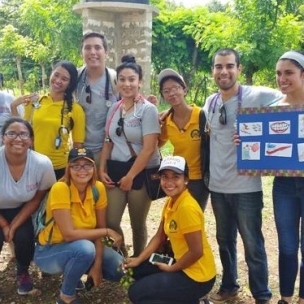 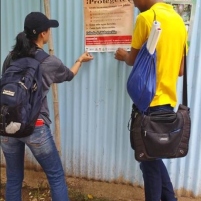 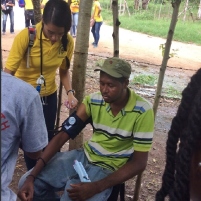 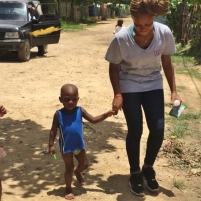 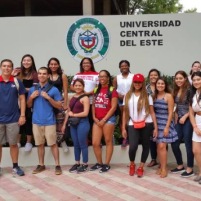 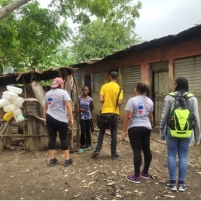 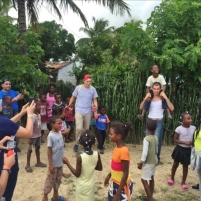 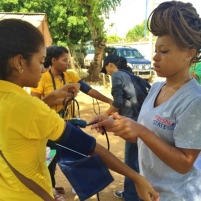 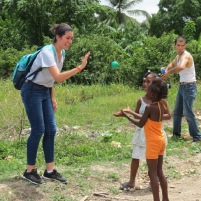 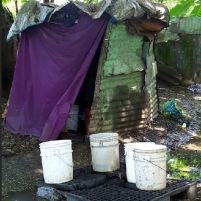 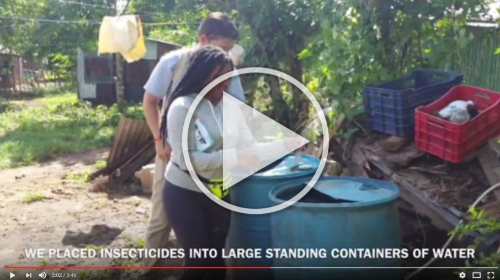