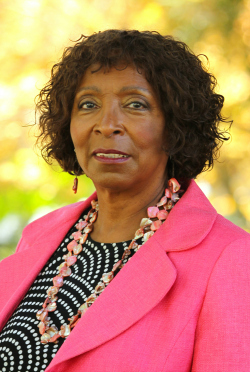 Nominated by: School of Nursing and the Central California Center for Excellence in Nursing

Personal hero: “All of the good nurses, who possess strong leadership skills”

“Lift as we climb” is the motto Dr. Carolyn Drake stands by in her personal and professional life. She says that one cannot succeed without a group as a whole lending support along the way.

It is that positive attitude that has led to a very successful and inspiring 42-year career for Drake, who just three years ago retired from Fresno City College as the Dean of Instruction for the Health Sciences Division. Her nursing career, which spans both the public health and educational fields, is full of many accomplishments, as Drake set the tone for being a celebrated pioneer.

She is credited with forming the Central Valley Black Nurses Association in the early 70s, starting out with just six members. After seeing how underrepresented black nurses were throughout the Valley and the country, Drake wanted to make an impact for future nursing students of color going into the profession.

Today, the association, which is focused on recruitment and retention of black nurses, has nearly tripled its membership and has now become a member of the National Black Nurses Association.

Her path as a humble leader began when she was just a young girl growing up in Orrville, Ohio, a small town of 7,000. Drake watched nurses on television shows, and knew that was the career she wanted to pursue in the future. After overcoming much adversity, Drake became one of the first black woman to be a nurse’s aide in the 1960 in Orrville, Ohio.

After attending the Akron City Hospital School of Nursing, she went on to receive her bachelor’s and master’s degrees in Nursing from Fresno State.

Her early nursing career included health education, as a public health nurse, working primarily with teen moms in high school, conducting maternity and parenting classes. She also began her teaching career at Fresno City College in 1978, as an instructor for the Registered Nursing Program.

“When I was a nursing instructor, I just wanted everyone to be good,” Drake said. “My philosophy is that the student will rise to the expectation of the instructor and they always do. Being a good instructor is what I owed to the community. I also taught my students to treat patients like a beloved family member – to be caring, compassionate and knowledgeable. Those are attributes I encouraged.”

Later, Drake decided she wanted to expand her professional horizons, with the end goal of becoming a nursing director in order to influence not just students, but the profession as a whole. This led to her completing her doctorate in Organizational Leadership from the University of Southern California.

In 1994, she became the Associate Dean of Instruction for the College of Health Sciences and also the Director of Nursing at Fresno City College and would later become the Dean in 2006.

“A nursing career is the pathway into the middle class for all students, but especially for the non-traditional students who are often the first in their family to enter college,” Drake said. “They are not only fulfilling a need in the nursing profession, they are also helping the economics of their communities and ensuring the future of their children.”

Drake has received numerous accolades throughout her career, including receiving the Rosa Parks Award from Fresno State for her leadership and contributions, an NAACP Image Award, as well as being recognized as a top 10 professional women of the year and a recipient of the American Coalition of Nurse Leaders for Recruitment/Retention/Outreach for the Paradigm Program, among many others.

Although retired, she keeps a pulse on the nursing community through her work as a board member at Saint Agnes Medical Center and as CEO/President of Health Education Alliance, a health consultant group.

One thought on “Meet 2016 Community Hero, Carolyn Drake: A pioneer in the nursing profession”