Congratulations to Dr. Mitzi Lowe! Over the summer, she was appointed associate dean of the College of Health and Human Services! The appointment, made by Dean Jody Hironaka-Juteau, in consultation with Provost Lynnette Zelezny, was announced on June 1, 2015.

“Dr. Lowe is known for her strong commitment to student success, faculty and staff development and community engagement,” said Hironaka-Juteau.

As a professor in the Department of Social Work Education, Lowe’s research interests include collaborative leadership, juvenile justice, issues in higher education, mentoring, and cultural humility. She joined the faculty of Fresno State in 1997.

Lowe earned her Ph.D. in Educational Policy Studies and Evaluation with an emphasis in Higher Education from the University of Kentucky and both a master’s degree in Social Work and bachelor’s degree in Criminology from Fresno State.

Since joining the faculty of Fresno State in 1997, Lowe has remained active on campus, where she currently serves as the chair of the College Honors Council and as a member of the University Academic Advisor’s Council and the Career Development Council.

“I am thrilled to have the opportunity to serve as the associate dean of the CHHS,” said Lowe. “I will continue to work alongside faculty and staff to create conditions that foster student success, and I look forward to what we can achieve together.”

Lowe and Hironaka-Juteau at 2015 commencement. 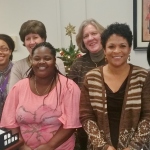 With just some of the College of Health and Human Services staff. 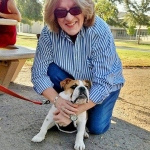 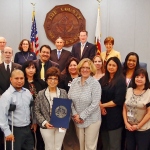 County of Fresno Proclamation during Social Work Month in March 2013.