As the 2015 semester comes to a close, we’d like to recognize just a few of many wonderful students who have shined this past semester, some of whom will be graduating on Saturday. Each has a great story to tell and fantastic accomplishments. Here is just some of them.

“Our faith in humanity hasn’t diminished; we’re wanting to go out and actually make the world a better place from our experiences.” – Jamie Navarro, Social Work graduate

Wow, so inspiring. Congratulations to all nine of the Renaissance Scholars from the c/o 2015 – some of whom will be obtaining their bachelor’s degrees in social work (Navarro and Cassandra Alvarez) and public health (Karina Perez). The Renaissance Scholars Program supports ambitious, college-bound individuals, formerly in foster care. We are so proud of their resilience and amazing journey! ‪

Third-year Doctor of Physical Therapy student, Rebeka Garcia of Livingston, beat out 120 other entries throughout the Central Valley to win the “Best Presentation” award at the 36th Annual Central California Research Symposium. In her abstract, “Fall Incidence and the Use of Psychotropic, Opioid, or Cardiovascular Medications”, Rebekah contributed to an issue of great  importance for older adults and their families – falling.

“Her findings were important and will have implications for any health care practitioner or family member working with older adults,” said Dr. Peggy Trueblood, chair in the Department of Physical Therapy. “I have no doubt Rebeka will excel in her career as a physical therapist”

Rebekah says she plans to stay in the Central Valley following graduation and hopes to establish herself professionally in this community. As for winning the award, Rebekah says, “I was thrilled. It was very gratifying to receive recognition for a project that reflected the culmination of my last year in the Doctor of Physical Therapy program.”

In additon, MPH student Anju Abraham was offered an internship with the National Cancer Institute under the Office of Communications and Public Liaison. She will begin her one-year health communication internship on July 13th in Bethesda, Maryland. Her thesis, which explored the topic of “Behaviors, Experiences, and Perceptions of Sexting Among College Students” was referenced for a KSEE24 news segment. 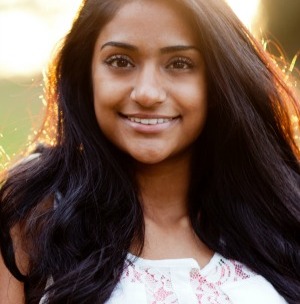 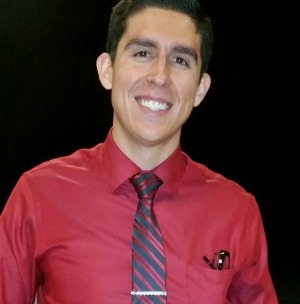 Senior Kinesiology major Madchen Ly closed out her impressive career with the Bulldogs at the NCAA Golf Regionals in South Bend, Indiana, where she went on to tie for 26th overall. Madchen represented Fresno State as one of six individual participants selected to compete at the regional, alongside 18 teams that qualified for the postseason tournament. Ly was the No. 1 seed among the six individual participants. Congratulations Madchen!

The Women’s Softball team recently became the Mountain West champions and will be competing in the NCAA Eugene Regionals today against North Dakota State. Many of the players are CHHS students, including seven from Kinesiology and one from Public Health. We wish them and the entire team the best of luck. ‪#‎GoDogs‬!

ALL IN THE FAMILY 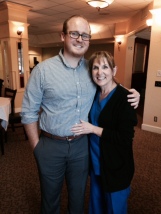 How neat is this? Public health senior Stephen Cooley will be graduating this Saturday – AND so will his mom, Sheri! Stephen will receive his bachelor’s in Community Health and Sheri will obtain her bachelor’s of science in Nursing! We congratulate this awesome mother/son duo on their collective accomplishments! We love sharing stories like this.

The very first class of Doctor of Physical Therapy will be receiving their doctoral degrees on May 16, 2015. Since its inception in 2012, an average of 32 students have been enrolled in the three-year program each year, with the inaugural class set be honored in a separate ceremony on May 15, 2015 at the Satellite Student Union at 12:30 p.m. As of January 2015, students must hold a doctoral degree to become a licensed physical therapist according to the Commission on Accreditation for Physical Therapy Education. One of only three doctorate programs at Fresno State, the Doctor of Physical Therapy Program is the only one of its kind in Central California

“Many of our students are first- or second-generation college students,” said Dr. Peggy Trueblood, chair of the Department of Physical Therapy. “To graduate with a doctoral degree in physical therapy is an incredible accomplishment.

Congratulations to all our CHHS student on another fantastic year – and to all of graduates, we wish you the best of luck and are proud to have you represent our college as future alumni! Tweet or share your stories and/or photos at #FresnoStateGrad15!