On April 10, the College of Health and Human Services will host the 2015 Community Heroes Awards to recognize the unsung heroes in our community whose actions, thoughts and words have had a transformative power in our region. Our heroes, who represent each of the seven departments and four centers within our college, put others before themselves to genuinely make a difference for the residents of our region. All month long, we will be highlighting our 11 honorees in our Community Heroes Series. 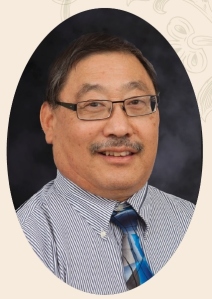 When Anthony Yamamoto was a budding undergraduate student at UC Berkeley, little did he realize a fateful series of events would be the catalyst to leading his near 40-year career as a licensed clinical social worker. It all started with one wrong call, sent to his phone from an individual who thought she was dialing the suicide hotline. And then Yamamoto received another and then one more. He soon realized he was receiving these calls because his number was one digit off from the local suicide hotline.

The calls would end up changing his perspective on life, and it wasn’t long before Yamamoto was volunteering to help answer calls for a suicide hotline, as a volunteer in Fresno. This was a defining moment in his life, as he realized he had the skill and foresight to help vulnerable individuals who were going through traumatic life experiences.

That experience led him to apply to various social work schools. Yamamoto would eventually receive a master’s degree in Social Welfare from UCLA in 1976 and receive the prestigious Outstanding Graduate Student award. He served the Los Angeles area for five years before returning to his hometown in Fresno County, where he has remained ever since.

It is Yamamoto’s passion for social justice that has served as the igniting force fueling his long career with Valley Children’s, where he has worked extensively in the areas of health care, mental health and child welfare.

“I have always enjoyed working with families and children,” says Yamamoto. “Being in this position, I really get to see the impact made on individuals. Making systemic change is a goal, and in order to make that happen, we have to ensure that families have access to quality care. That is especially important here in Fresno, which is one of the poorest communities in the Valley. We must remove barriers so that disparities in healthcare are not present for low-income families.”

His hard work has been widely recognized. In 2014, he was chosen as the Social Work Leader of the Year in Health Care by the Society for Social Work Leadership in Health Care (SSWLHC). He has served the organization for six years, in various degrees and positions. The award recognizes an exceptional member of SSWLCH who develops and implements creative and innovative ways to improve the delivery of social work services.

Yamamoto also brings his wealth of knowledge and expertise to the classroom, where he has served as a professor at the collegiate level for over 20 years, teaching at Fresno State, Fresno City College and National University. He has taught in the areas of cultural diversity, clinical practice, psychopathology, Asian-American studies, and health management/administration.

His extensive professional experience, coupled with his vision and skills in inter-professional collaboration and advocacy, has resulted in many local, state and national leadership opportunities. Through his outstanding professional work and service to the community, Yamamoto truly exemplifies the core values of the social work profession. His tireless advocacy on behalf of hundreds of families and children in the Central Valley is a tough task to take on, but he feels it’s something he was always meant to do.

“Anyone who goes into the social work profession wants to contribute change and make a difference.”

The 2015 Community Heroes Awards will be held on April 10, 2015 at Fresno State. For more information on the event, contact Beth Wilkinson at 559.278.3603 or bwilkinson@csufresno.edu or click here.